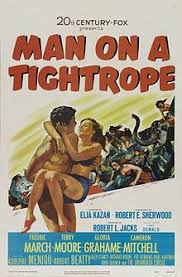 The intrigue of a Czech circus is the center of this 1950s classic directed by Elia Kazan; in 1952 Czechoslovakia Karel Cernik (Frederic March)  struggles to keep together his beloved Cirkus Cernik, which belonged to his family before being nationalized by the Communist government. The government allows Cernik to manage the circus, but he struggles with deteriorating conditions, loss of his workers to the state and tension with his willful daughter Tereza and his young second wife Zama, played by the always wonderful Gloria Grahame, whom everyone suspects of being unfaithful. 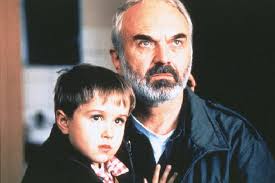 This Academy Award winner for Best Foreign Film begins in 1988 with a middle-aged Czech cellist dedicated to the pursuit of women attempting to make a meager living by playing at funerals. A friend offers him a chance to earn a great deal of money through a sham marriage to a Russian woman to enable her to stay in Czechoslovakia. However, the woman uses her Czechoslovak citizenship to immigrate to West Germany, leaving behind her 5 year-old son, Kolya, who changes everything for the bachelor cellist. 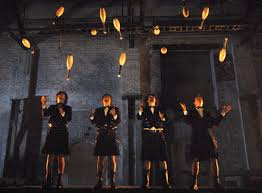 It’s hard not to love the Flying Karamazov Brothers; founded in 1973, this New York-based troupe has appeared in numerous films and television shows and won awards for their popular stage productions. Critic John Simon of New York magazine has said of them, “They handle an audience as cleverly as the cleavers, clubs, knives and other imaginable and unimaginable objects they juggle and they are as playful and personable as puppy dogs…this wholesome show should tickle the child with you and the child within you.”

NOW STREAMING: La Chana brings us under the skin a